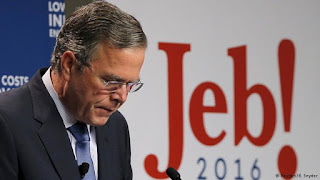 Just when the Republican Party appeared to be coalescing(if ever so reluctantly!) behind Donald J. Trump as the party nominee for the 2016 presidential elections, a failed relic from the primary season is doing his damnedest to avenge his own bitter political fortunes by inciting a revolution that could install Hillary Clinton, AKA, Crooked Hillary, as the 45th president of these once great United States.

Hillary would, of course, bring along her perjury-tainted, morally -deviant husband, former President Bill Clinton, to the Oval Office to serve as the nation's first male spouse of a president, AND first spouse of either gender to have been impeached by the US Congress and disbarred for lying to the US Supreme Court!

Given the fragile, fractured state of the Union after eight cataclysmic years of tyranny and Islamic terrorist butt kissing under Barack Hussein Obama, a Hillary Clinton presidency might be the final nail in the coffin of the great American experiment.

Which might bring about the following dreary tombstone: RIP America, 1776-2016: A 240 year run by the most successful form of self-governance in human history!

Jeb Bush is well aware of what is at stake in November. Still, he persists in tearing down America's last great hope(The Donald) which if Jeb succeeds, would, in effect, facilitate a fatal third term for the Obama travesty.

As reported, the Jeb Bush “vision” for America is:

Having lost the presidential primary in dramatic fashion against Donald Trump, the man originally considered a front runner for the GOP candidacy, Jeb Bush, laid out his "vision" to reclaim the Republican Party from Donald Trump’s “nativist rhetoric."   Picking the Washington Post as his chosen op-ed venue, Bush said that Trump does not represent the future of the GOP or what it stands for.

"While he has no doubt tapped into the anxiety so prevalent in the United States today, I do not believe Donald Trump reflects the principles or inclusive legacy of the Republican Party. And I sincerely hope he doesn’t represent its future."

So far, the people have disagreed.

Quoted by The Hill, Bush added that "Trump’s abrasive, Know Nothing-like nativist rhetoric has blocked out sober discourse about how to tackle America’s big challenges," he added. Rebuilding the trust in American government, the Florida governor said, "requires that we be the catalysts that lead to change."

Bush, originally a favorite to win the GOP’s presidential primary, dropped out of the race in February. Trump, who delighted in attacking Bush on the campaign trail, will become the party’s nominee next week at the Republican National Convention.”

If the Jeb anti-Trump smack-talk sounds like sour grapes, that is because that is exactly what it is!

After all, Jeb Bush came into the 2016 primary season as the heavy favorite to be the GOP nominee, bolstered by a donor-financed war chest of over $100 million with which to fund the “Jeb Can Fix It” and equally hideous campaign ads.

One of the greatest of Jeb Bush's failures was his inability to accept the fact that millions of patriotic Americans are stridently opposed to policies which pander to, and encourage, the invasion of America by illegal aliens, who ignore our borders, defy the rule of law, and make a mockery of American sovereignty while weakening national security and US culture, AND costing American taxpayers hundreds of billions of dollar each year to subsidize foreigners who have no legal or moral basis for being here!

Bush's “blind spot” on illegal aliens was highlighted by his truly childish spiel which held that illegals come to the US because of “Love” for family, and not out of raw greed or worship of Dinero!

Much to the credit of American voters, the Jeb Bush nonsense about “Love” was soundly rejected by patriots, as was the argument that illegals deserve special treatment and warm welcomes in honor of their criminal behavior.

By sticking to his absurd ideas on illegal aliens, Bush made Donald Trump look smart and a true conservative when it comes to law and order!

Jeb Bush has apparently NOT learned anything from his failed presidential campaign.

We, therefore, trust that his ill-advised campaign to “Reclaim the GOP” will meet the same fate as his primary campaign, and thus will soon be vanquished.

Perhaps then Jeb Bush will be forced to accept the fact that his ideas are not in sync with the wishes and hopes of a vast majority of Americans?

Time for US South to Copy the British....and RISE AGAIN! 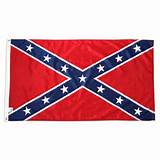 In a spectacular political upset, the good people of England have declared their national independence from the wrong-minded shackles of the European Union!

Congratulations and best wishes to our British cousins!

The British victory should provide a powerful and hugely inspiring example for a long-time abused segment of America that deserves much better: Namely, the American South!

Much maligned over the decades, the US South suffered unimaginable abuse and humiliation in recent years: From ruthless denigration of the Confederate flag to shameful ridicule, and worse, of Southern heroes and symbols, modern America, under the hateful direction of the Obama administration, has declared all out war on the traditions and culture still sacred to Southern Americans.

Ironically, the anti-South movement has, for the most part, origins in the hearts and minds of Americans who preach the most fervently about inclusion, acceptance, and diversity!

Apparently, inclusion is the gold standard for compassionate citizenry.... except when it comes to people and culture originating south of the Mason-Dixon line!

Diversity is our greatest strength....except when it comes to Southern folks, so callous and culturally insensitive as to publicly display allegiance to Dixie and her indelible symbol of slavery and racial discrimination..... the despicable flag of the Confederacy!

Mind you, those with the greatest disdain for the Confederate flag are often among those whom see absolutely nothing wrong with violence perpetrated at Donald Trump political events by malcontent protesters (often illegal aliens) rallying for spilled blood under the banner of Mexican flags!


Moreover, if the Obama administration would devote but a fraction of the energy and resources currently spent to crusade against all things Southern to the egregious threat posed by Islamic terrorism, America might stand a reasonable chance at decimating the likes of ISIS and other 6th century freaks claiming to be acting in accordance with the “Religion of Peace”!

The big question: Can pragmatic patriots in the South unite in purpose and spirit in sufficient strength to emulate the great success enjoyed by the British in decoupling from the EU?

Isn't it about time that the South honor the long-standing promise to Rise Again?

The spectacle of hundreds of illegal aliens toting Mexican flags while engaged in violent assaults against US citizen Donald Trump and his loyalists in California last week may have actually helped The Donald in his bid to be the GOP presidential!

Once again, the Latino proclivity to march, curse, and protest against their own best interests both puzzles and amuses.

Furthermore, such behavior makes it abundantly clear that many immigrants, including some here legally, need to grasp the following essential American truths, especially on Cinco de Mayo day:

*In 1848, The Treaty of Guadeloupe Hidalgo was ratified by both the U.S. and Mexican Congresses. That Treaty ended any and all claims Mexico had to land now a part of the United States.

*America is a sovereign nation, totally independent of Mexico. It has been that way for over 200 years. We intend to keep it that way and with the help of President Trump will do just that!

*Brown may be the hue of choice in Mexico. But in America, we are partial to colors that symbolize freedom under the rule of law. That would be Red, White and Blue.

*In America, Mexico is considered a FOREIGN nation and Spanish is a FOREIGN language.

*America operates according to the rule of law which applies to everyone. This is true whether one is brown, black, yellow, lily-white, red, or an exotic hybrid of lavender and green.

*Being hard-working and good hearted is commendable. But those qualities do NOT entitle anyone to enter America illegally.

*Bilingualism is cool---provided one of the languages is English. Literacy in only Mexican and Spanish is not cool in America.

*Celebrating ones cultural heritage is perfectly fine--as long as it does not interfere with complete and prompt assimilation into American culture.


* Driving while loaded or drunk may be "macho" south of the border. But in America, driving under the influence is considered stupid and criminal and is not tolerated, regardless of one's country of origin or cultural heritage.

* People here illegally are common criminals, and as such, are most unwelcome. American citizens will fight to have such miscreants deported, regardless of whether or not families are involved. Illegal is illegal, Family or not.

* Demanding that our borders be secured and that the law be enforced is the right of all American citizens; doing so does not make any one a racist or bigot.

*U.S. immigration laws exist to protect American citizens & others here legally, not to facilitate a foreigner’s pursuit of a better life, and

*Those who come to America must adjust to our culture and traditions. We have no obligation or desire to change in deference to foreign newcomers.

Illegal aliens: Take this list with you when you are deported back to Mexico, and share it with other Mexicans considering invading.

Your experience may cause them to reconsider, and that would be a good thing!

Even In These Most Troubled Times, there ARE Blessings for Which We Conservative Extremists Can Be Thankful! 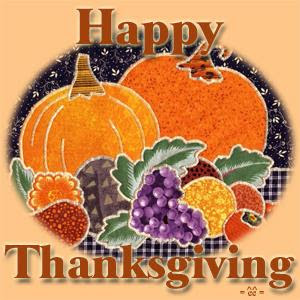 
Although America is under the influence of a daft president who is partial to GITMO detainees, Syrian refugees statistically vulnerable to becoming soldiers in the ISIS war on humanity; uneducated, impoverished third-world illegal aliens who believe that speaking Spanish entitles one, by virtue of divine decree, to invade and occupy America, notwithstanding US borders, immigration laws, and the will of 330 million Americans; convicted felons, and others of low degree: conservatives have much to be thankful for this Thanksgiving.

Among the blessings for which we right-wing extremists are duty-bound to give thanks:

* Barack Obama is not a twin;

* To the extent that the Constitution is still relevant, the 22nd Amendment limits Obama’s tyrannical propensity to impose his ungodly “Fundamental transformation” on our beloved homeland beyond January, 2017;

*Donald Trump continues to dominate the field of Republican presidential aspirants, despite the machinations of the RNC, Jeb Bush, Karl Rove, and other RINOs in the GOP establishment;

*John Boehner no longer speaks in the US House!

*Hillary Clinton’s next federal abode is more likely to be Fort Leavenworth than the Oval Office;

*American voters are finally recognizing that CHANGE does not always mean better!


It’s not much, but it’s the best we can hope for at the present time.

So, relax and enjoy the season: